Book Direct with the Owner at Mooney Mooney Club in Mooney Mooney with Restaurants Sydney for all your restaurant and entertainment needs.

Mooney Mooney Club is a small family friendly club on the Hawkesbury River, only 45 minutes north from the CBD. Experience the serenity on the Hawkesbury one of Sydneyâ€™s most beautiful waterways. A wharf is available for boat access.

Sit back and enjoy fabulous seafood in COASTAL or on the deck overlooking the Hawkesbury River. Choose from the extensive menu which is predominately seafood but has lots to choose from particularly for kids. Whilst you are enjoying your meal let the kids play in the playground. Make a day of it, have lunch at Coastal and then take a leisurely walk through the National Park and along the waterfront. Sundays is a popular day here with live entertainment from 5-8.00pm.

Revesby Workersâ€™ Club is thrilled to announce their talented chefs, Michael Armstrong and Peter Clark from the Mooney Mooney Club have been selected as one of only twelve pairs to reach the final of the ClubsNSW â€˜Chefâ€™s Table 2010â€™ culinary competition. The â€˜Chefâ€™s Table 2010 â€“ awarding culinary innovationâ€™ competition was created by ClubsNSW to award and recognise the many talented and creative chefs and cooks within clubs in New South Wales. Now in its sixth year, this popular competition is open to teams of 2 cooks of any level, working for the same club, who together can create the most innovative three course menu within a specified budget. Mooney Mooney Club is a major success story with its food second to none, it has been receiving amazing reviews about the quality, taste and service, if you havenâ€™t visited it should definitely be on your list of things to do.

Mooney Mooney is undergoing minor refurbishments of its function era, and will not be able to cater for functions for 2010. However it is ideal, for smaller group celebrations for lunch and dinner in Coastal.

Restaurants Sydney welcomes Mooney Mooney Club in Mooney Mooney NSW 2083, we provide a friendly relaxing restaurant and bar. Mooney Mooney Club is a great place to unwind with a cold drink, an ideal place to watch and forget about the hustle and bustle while you enjoy a freshly brewed coffee or a snack from our affordable specials menu.

Is Mooney Mooney Club in Mooney Mooney your property on Restaurants Sydney, please claim your listing and subscribe to update your contact details and receive your phone calls and emails from your clients. 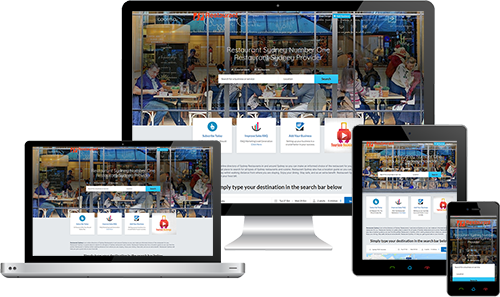 Why is it important to Claim my Listing

When You CLAIM OR ADD A LISTING you receive Missed phone calls and Client Emails from Restaurants Sydney plus dozens of partner sites. Gain access to your clients now and Rise through the Rankings on Google and Restaurants Sydney.